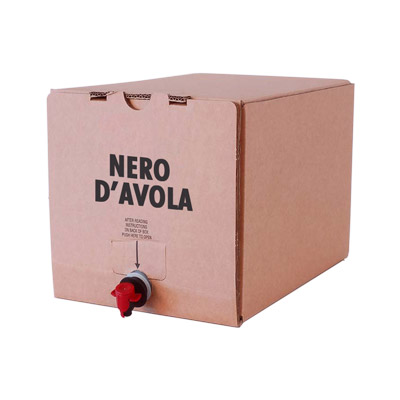 195 in stock (also available on backorder)

At the sight of Nero d’Avola is a pleasant ruby red, it has a taste with hints of berry, cherry, plum, with spicy notes and balsamic notes.

Nero d’Avola is the king of red grape varieties of Sicily, thanks to its qualities of elegance, sumptuousness and character. It is a solid red, but velvety, with depth, warm fruit, but not explosive and splendid aromas of Mediterranean scrub, earth and eucalyptus.

Nero d’Avola is one of the most famous and appreciated red grape vines in the area of native Sicilian production. The origin dates back to the occupation of these territories by the Greeks: they were the ones who imported the vine and introduced the type of cultivation that still continues today. It is also called Calabrese or Calabrese d’Avola, a name that derives from the ancient Casata dei Calabrese originally from Modica, which exclusively cultivated this vine. Today there is no autonomous denomination “Nero d’Avola”, but it is included in the labels of wines produced with grapes of the eponymous vine.

The black avola vine has a rather large bunch, with a medium-sized berry with a very dark blue color, with a fairly thin and pruinose peel. Due to its sensitivity to mold, it prefers dry and well ventilated exposures. It best expresses its qualities on poor, limestone-rich soils, which naturally limit the production of plants and give wines with a good concentration of aromas and greater finesse and elegance. The wine has a very intense ruby red color, which with aging turns to garnet. The young Nero d’Avola, especially if vinified in steel, preserves a pleasantly fruity aroma of black cherry, plum and blackberry. With aging in wood, the bouquet is enriched with more complex and ethereal perfumes. The fruit is combined with tertiary notes of spices, leather, carob, licorice, cinnamon, toasted hints and balsamic nuances. It has a good body, a pretty high alcohol content, with a soft tannic texture and an acidity, which guarantees a good aging potential.

There are no reviews yet.

Would you please buy this awesome piece for me dear? :)